Campaign aimed at controlling malaria in Kano State, Nigeria, gets a boost with GRID3 maps

GRID3 has produced 484 ward-level maps for Kano State, Nigeria to support the National Malaria Elimination Programme (NMEP) with digital microplanning for an upcoming Insecticide-Treated Net (ITN) distribution campaign in October 2022 aimed at stemming the spread of malaria in the state.

According to Nigeria’s National Malaria Elimination Programme (NMEP), 97 percent of the country’s population is at risk of malaria. Insecticide-Treated Net (ITN) distribution campaigns help reduce the prevalence of malaria through the “community effect” that occurs when the majority of residents in high transmission areas sleep under chemically treated bednets.

Previous ITN distribution campaigns led by NMEP, including the last one conducted in Kano in 2019, relied on residents walking to distribution hubs to register their households and collect treated nets allocated to them. Microplanning for those campaigns involved health officials using their knowledge of their assigned communities to draw maps of the areas. Information from these maps were then collected by state officials to populate microplans for the campaigns. Fatima Bukar Ali, the focal person for ITN campaigns at NMEP, notes this process was tedious: “it required several levels of review and, even then, our microplans sometimes missed some settlements.” 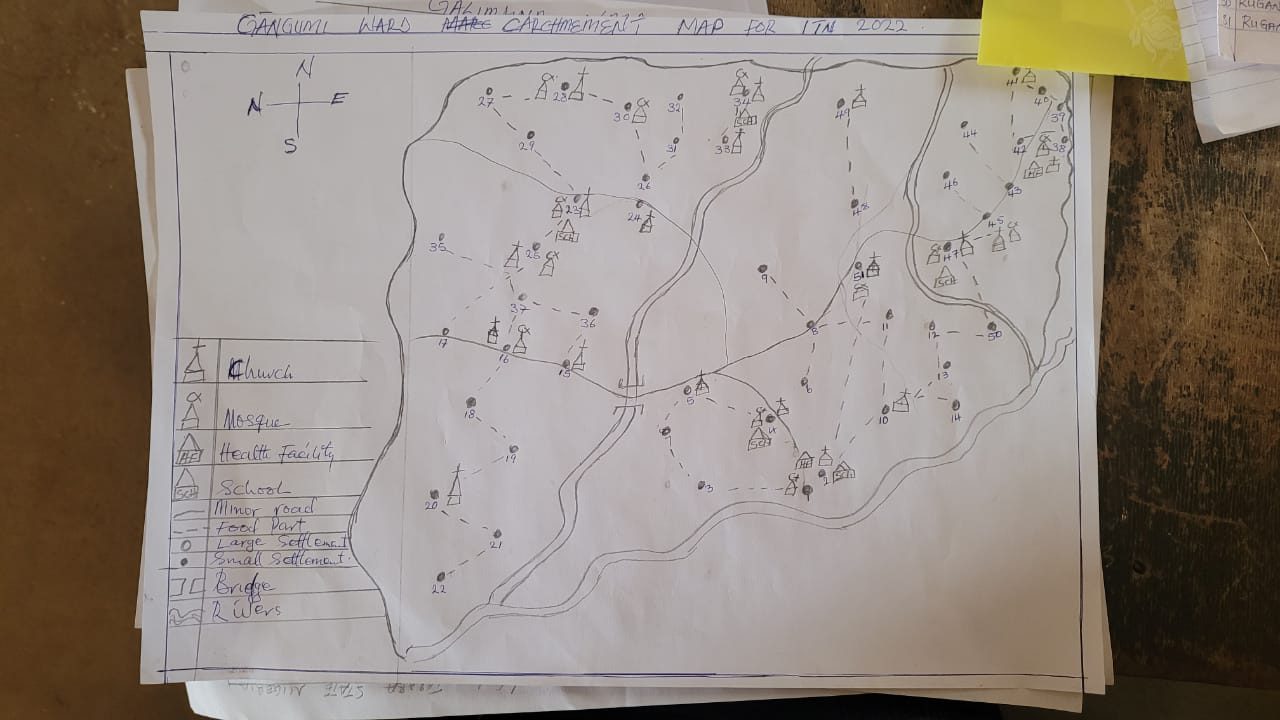 In addition to issues related to microplanning, the need to mitigate the spread of COVID-19 increased the complexities of implementing this year’s ITN distribution campaigns. To address this, the NMEP — working with a consortium of partners including the Alliance for Malaria Prevention, Society for Family Health, Catholic Relief Services, International Federation of Red Cross and Red Crescent, and GRID3 — devised a new door-to-door campaign strategy.

During the campaign implementation in October, health officials will now go to every household to deliver ITNs. Understanding the distribution of target populations as well as the difficulties of accessing settlements and health facilities is important to ensure the successful implementation of the new strategy and that no settlements are overlooked during microplanning.

To this end, the NMEP requested GRID3 to design 484 ward-level maps for the upcoming ITN distribution campaign in Kano State. Kano is one of the first states in Nigeria where NMEP will pilot its new strategy. 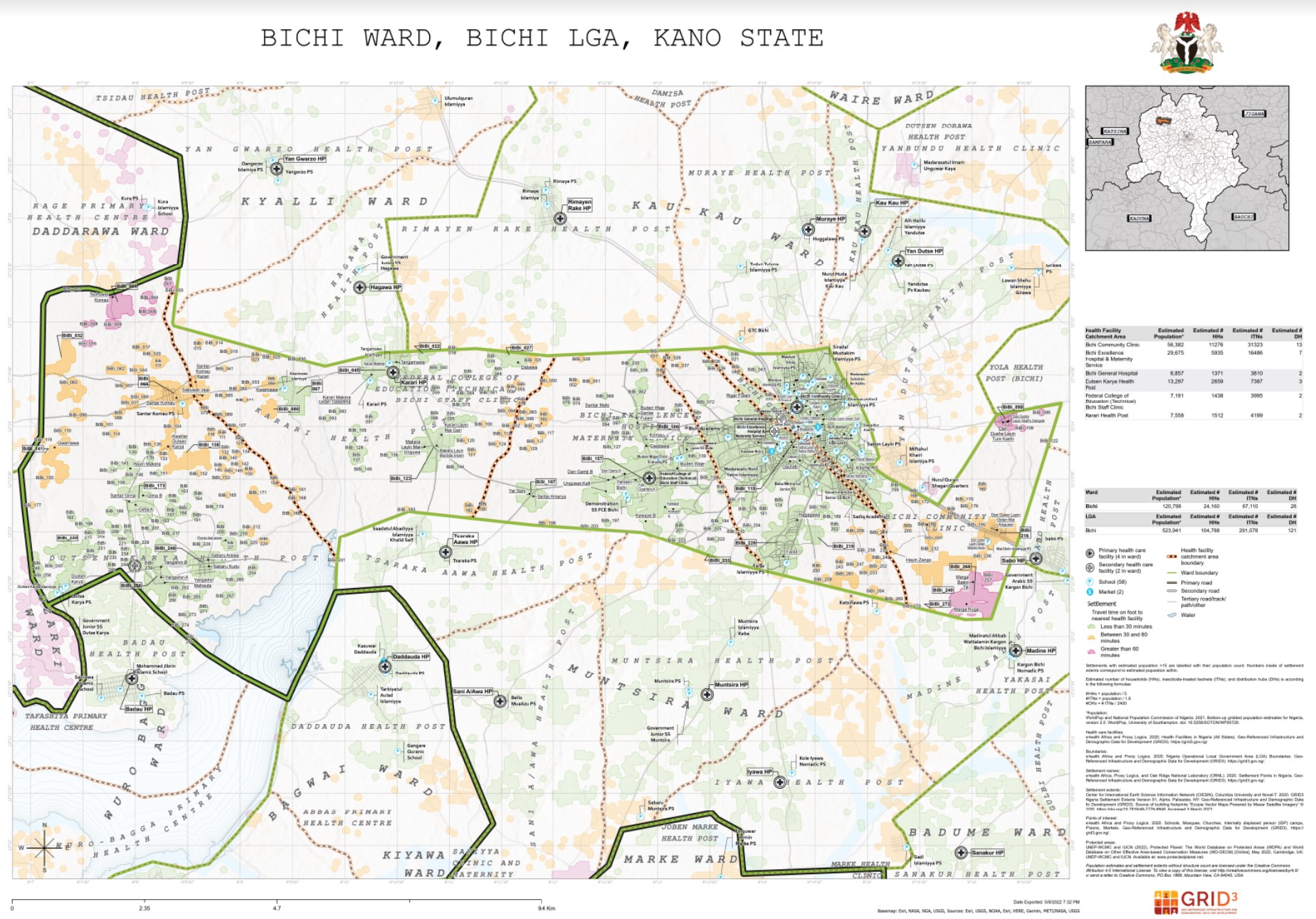 Using the GRID3 maps, we were able to access accurate and up-to-date data about the settlements and populations. At the local level, the maps eliminated the need for ward health officials to hand draw maps for microplanning, thereby reducing errors in our microplans. Then, at the national level, the data in the maps will make it possible for us to allocate appropriate resources to each settlement and also monitor the distribution hubs during the campaign in October. Finally, I believe that these maps will serve as a good foundation for planning subsequent health campaigns in Kano state. 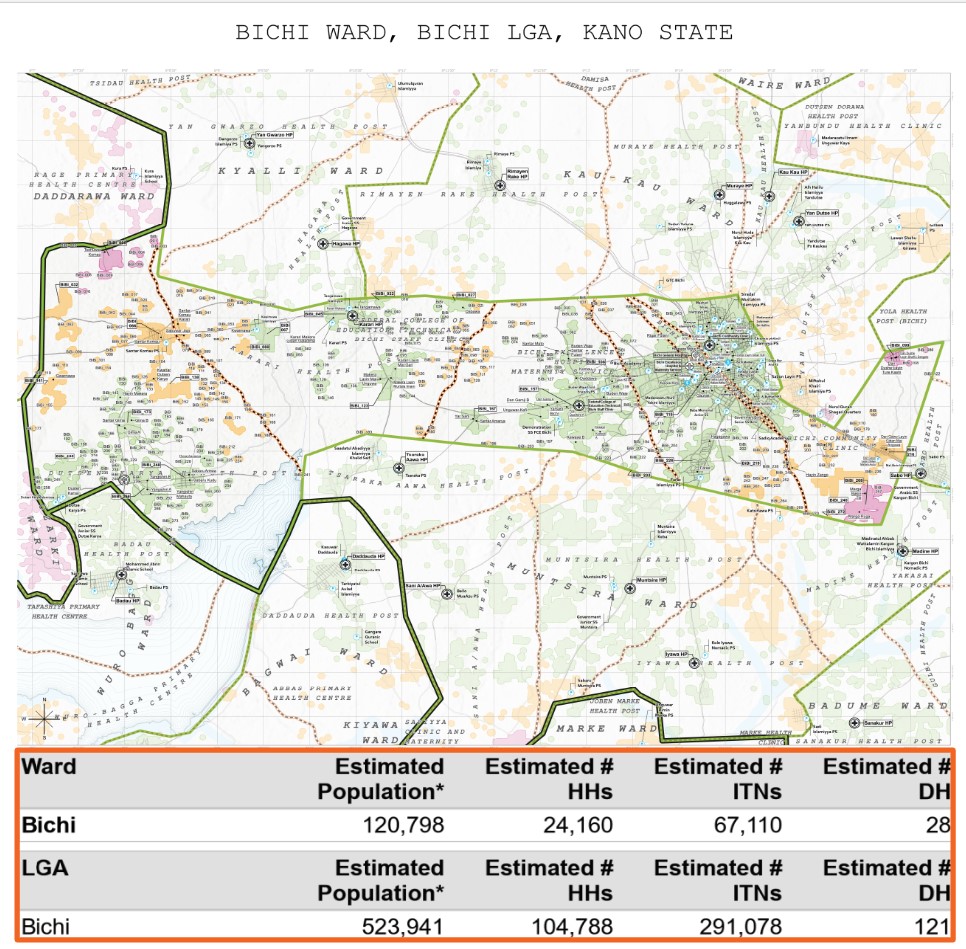 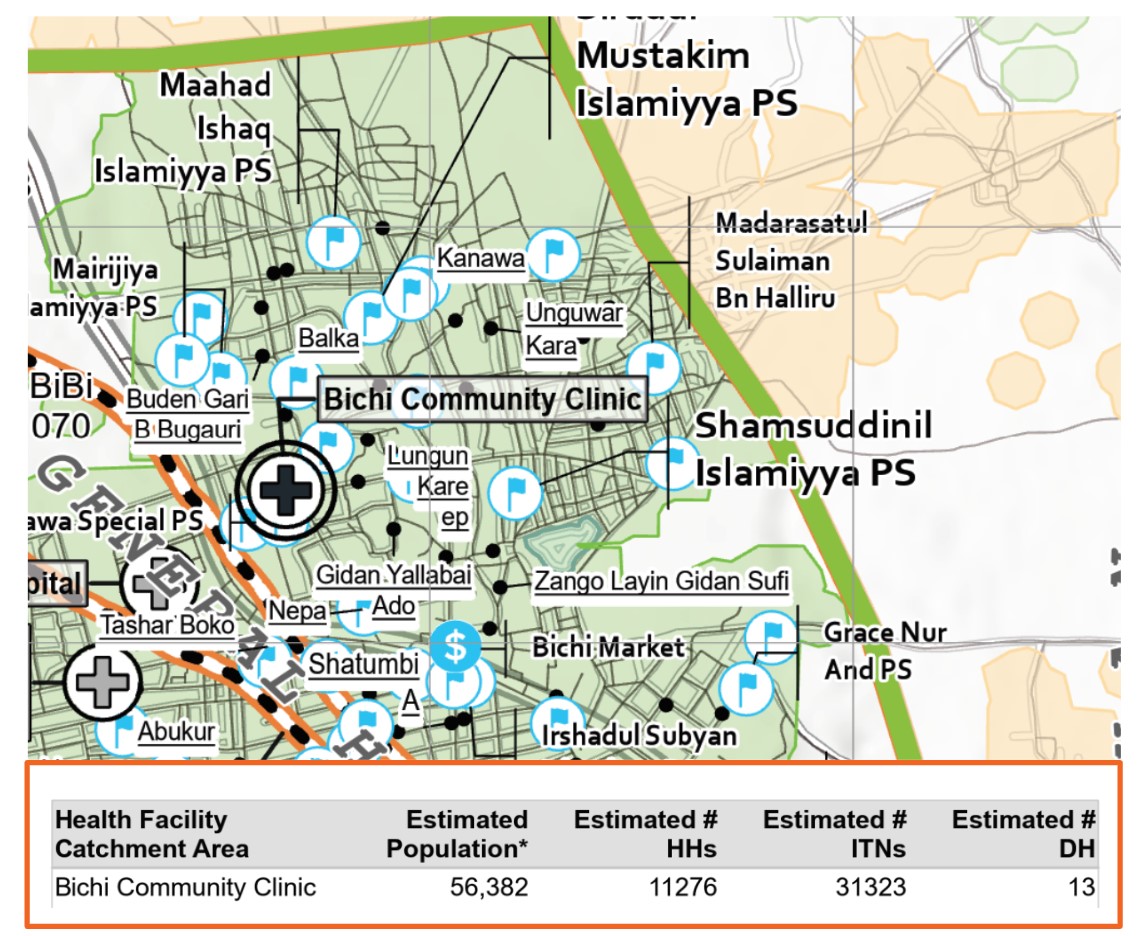 Once the maps had been reviewed by the NMEP, GRID3 led a digital microplanning training of trainers event in May. The event was designed to strengthen the capacity of NMEP officials at the national level to facilitate trainings for local health officials on how to use the maps. GRID3 also supported NMEP officials to train local government, and state level health officials in Kano State during the same month.

The ITN distribution campaign will be held in the 44 local government areas of Kano in October 2022.

One of GRID3’s programmatic goals is to strengthen countries’ capacities to use geospatial data and technologies for development interventions.GRID3 delivered an extensive training of trainers (ToT) programme in Zambia which was attended by urban planners. As a result of these trainings, planning councils look to use geospatial solutions to inform integrated development plans (IDPS).

GRID3 has advised Burkina Faso’s government on how geospatial data can inform COVID-19 vaccination campaigns, piloting data use through the creation of 16 microplanning maps for health districts (district sanitaire) in the Centre, Centre Sud, and Centre Ouest regions; as well as conducted trainings for district sanitaire data managers, regional staff, and national staff on the use of geospatial data and maps for microplanning.

Over 65 percent of people in the Democratic Republic of the Congo (DRC) live more than 5 kilometres from a health facility, compromising their ability to access timely healthcare. This problem directly contributes to DRC’s high child mortality rate. DRC’s National Program for the Elimination of Cholera and the Control of Other Diarrheal Diseases partnered with GRID3 and the Clinton Health Access Initiative to use GRID3 geospatial data to gain a better understanding of today’s communities.