Population estimates are critical for government services, development projects, and public health campaigns. Such data are typically obtained through a national population and housing census. However, population estimates can quickly become inaccurate in localized areas, particularly where migration or displacement has occurred. Some conflict-affected and resource-poor countries have not conducted a census in over 10 y. We developed a hierarchical Bayesian model to estimate population numbers in small areas based on enumeration data from sample areas and nationwide information about administrative boundaries, building locations, settlement types, and other factors related to population density. We demonstrated this model by estimating population sizes in every 10- m grid cell in Nigeria with national coverage. These gridded population estimates and areal population totals derived from them are accompanied by estimates of uncertainty based on Bayesian posterior probabilities. The model had an overall error rate of 67 people per hectare (mean of absolute residuals) or 43% (using scaled residuals) for predictions in out-of-sample survey areas (approximately 3 ha each), with increased precision expected for aggregated population totals in larger areas. This statistical approach represents a significant step toward estimating populations at high resolution with national coverage in the absence of a complete and recent census, while also providing reliable estimates of uncertainty to support informed decision making. 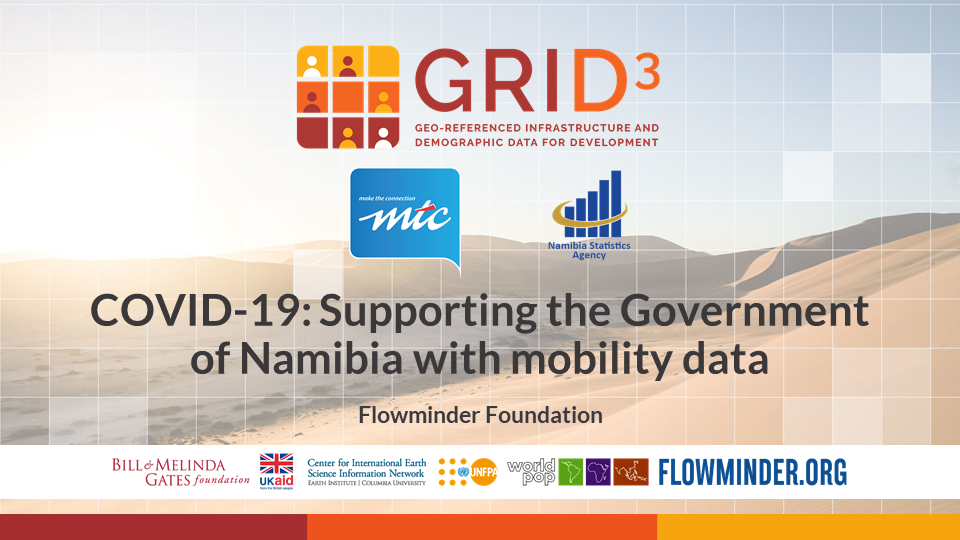 COVID-19: Supporting the Government of Namibia with mobility data

Anonymised and aggregated data from Mobile Network Operators is a key data source for understanding the mobility patterns of populations, and improving decision-making and scenario planning during the COVID-19 epidemic. This data can be analysed in near real-time and provide an overview of mobility patterns across all of Namibia 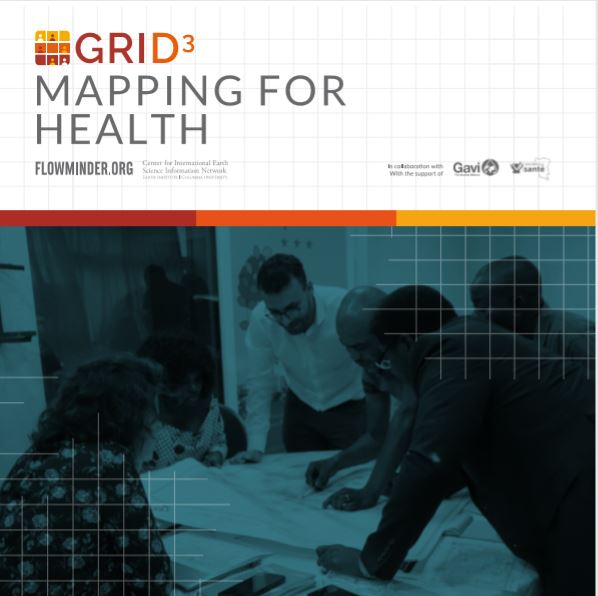 Supported by Gavi through its INFUSE initiative, GRID3 Mapping for Health in the Democratic Republic of the Congo (DRC) is a Ministry of Health initiative, delivered in partnership with Flowminder and the Center for International Earth Science Information Network at […] 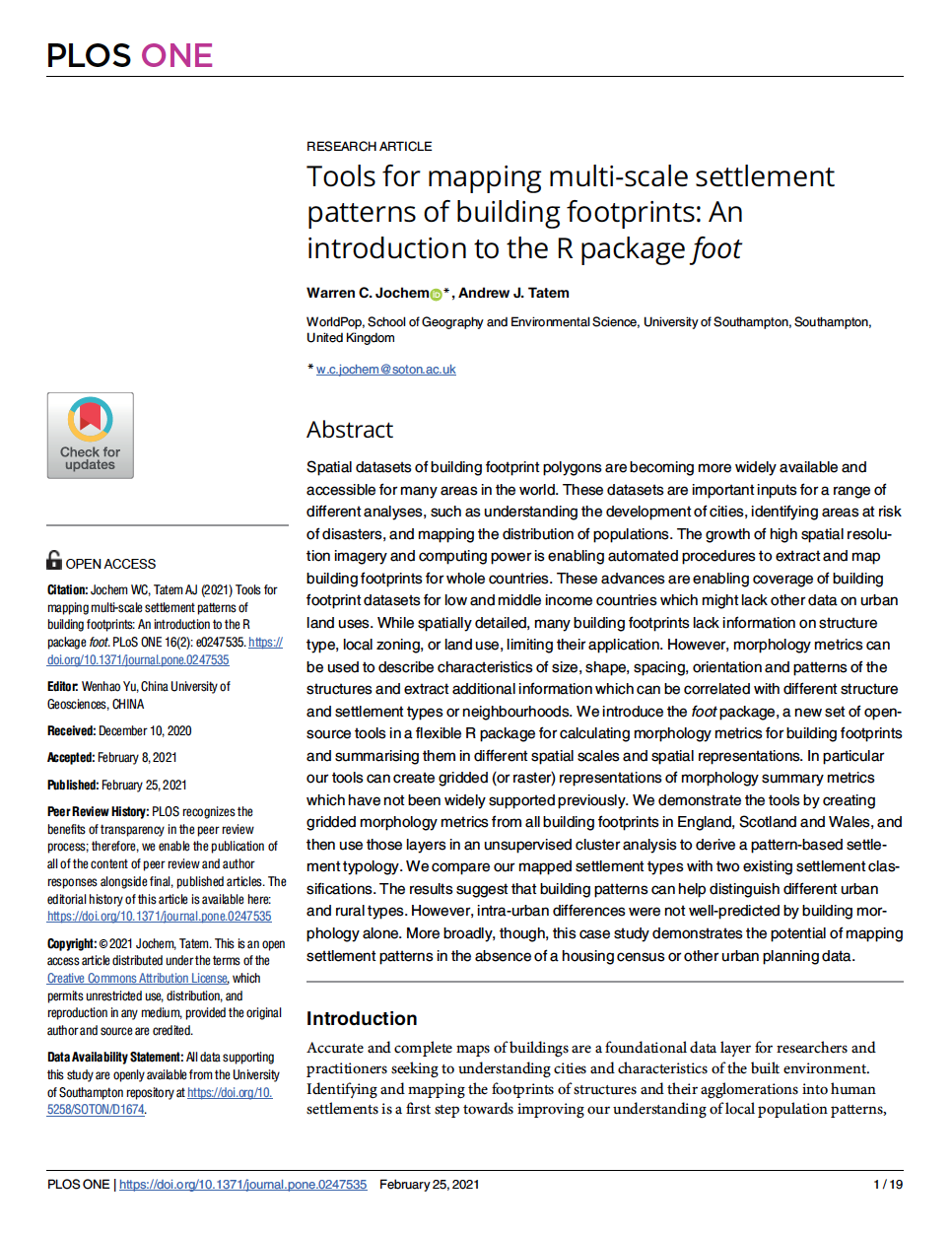 Tools for mapping multi-scale settlement patterns of building footprints: An introduction to the R package foot

Spatial datasets of building footprint polygons are becoming more widely available and accessible for many areas in the world. These datasets are important inputs for a range of different analyses, such as understanding the development of cities, identifying areas at risk of disasters, and mapping the distribution of populations. The growth of high spatial resolution imagery and computing power is enabling automated procedures to extract and map building footprints for whole countries.


GRID3 on Twitter GRID3 on YouTube GRID3 on Flickr GRID3 on LinkedIn
We use cookies to ensure that we give you the best experience on our website. If you continue to use this site we will assume that you are happy with it.Ok